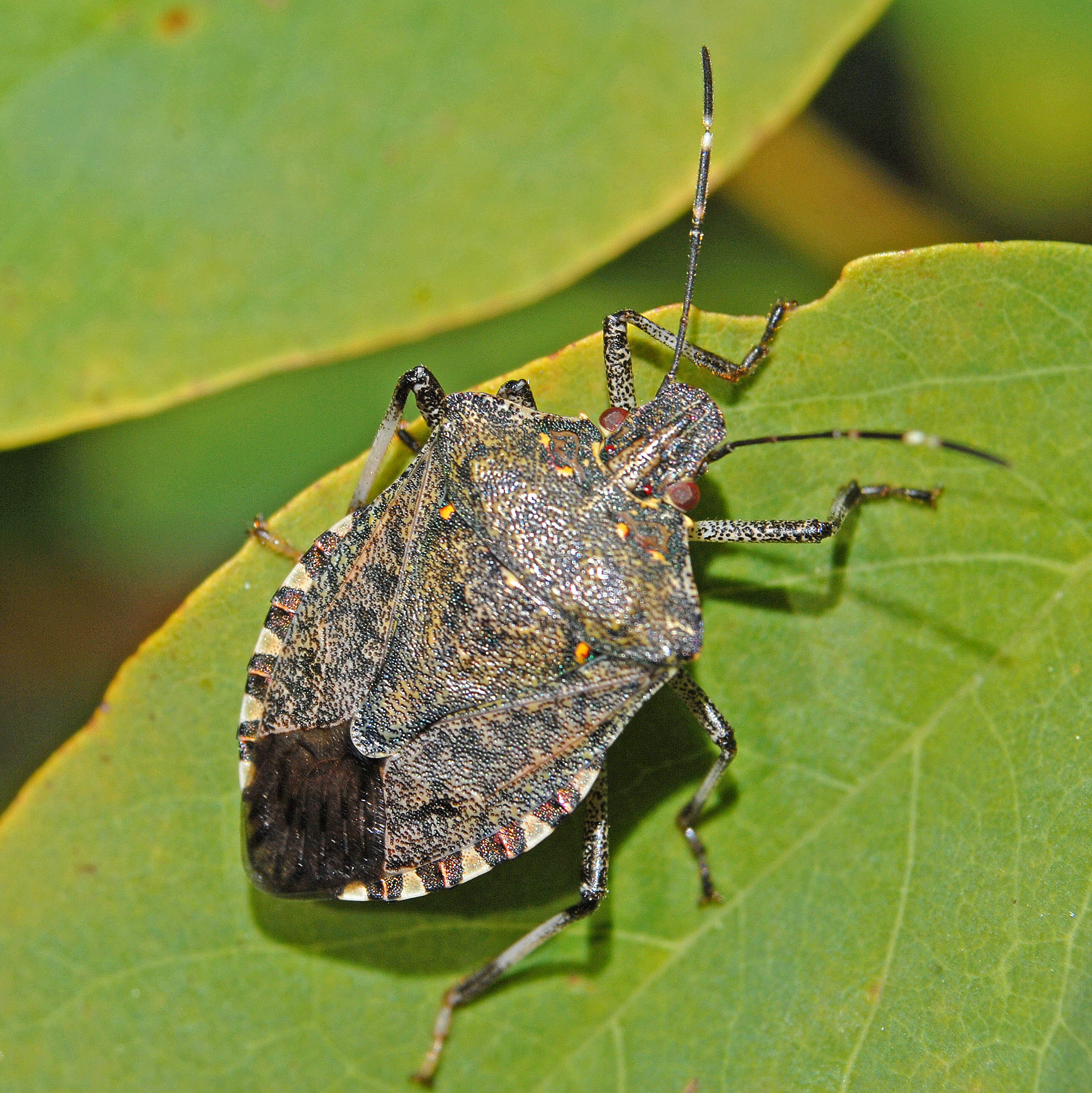 A shield bug responsible for decimating crops of apples, pears and soft fruit around the world, has been trapped for the first time in the UK.

The invasive Brown Marmorated Stink Bug (BMSB) has been intercepted using a pheromone trap at RSPB’s Rainham Marshes nature reserve in Essex, one of the monitoring sites.

The research programme, using a network of synthetically-produced sex pheromone lure hung from a tree, is being managed by scientists at NIAB EMR, the horticultural research institute based at East Malling in Kent.

Dr Glen Powell, Entomologist at NIAB EMR, said: “This discovery of this flying adult of the species shows that the pest is present in the UK, and supports our concerns that the bugs may be actively dispersing in search of mates and food plants this summer and in the future.”

The NIAB EMR team is now searching for signs of a colony to see if the species has been breeding ahead of over-wintering. If such evidence is discovered there is the concern that the bug could emerge in greater numbers next year, increasing its potential to damage UK crops.

This research, funded by DEFRA, could help avoid them causing millions of pounds of economic damage.

Originally from Asia, the pest is spreading globally and is now well established in North America and in most European countries. The UK has so far escaped its impact, but valuable fruit crops are at particularly at high risk of damage. The bug has a very wide host-plant range, and its arrival could spell problems for many plants found in horticulture, and domestic gardens.

BMSB are sap feeders who inject their saliva into developing fruits. This causes the fruit to distort in shape and become stained inside, making them unsalable.

The NIAB EMR scientists have been tasked with identifying what pests are likely to arrive as a result of climate change or accidental importation. As a result, a network of 19 pheromone traps across the South East has been set-up, with the traps designed to specifically attract this bug.

The aim is that the invaders can be detected and monitored at an early stage, and fruit growers advised accordingly. This would be followed by research and development of robust, sustainable control strategies.

The pest has a habit of hitchhiking with imported goods, and has been intercepted on several occasions at UK ports over the last 10 years, but has only been reported in the field more recently, with two over-wintering adults found at separate locations in Hampshire during 2018 and last year.

Dr Glen Powell continued: “This first record of an adult BMSB at a UK pheromone trap is very significant. We have currently been focusing some attention to detecting any possible populations in Hampshire, following earlier records but our traps in that county have not yet caught any individuals.

“The capture of this flying adult in Essex reveals that the invasive species is actively dispersing within the UK. The growth and development of these insects is likely to have benefitted from the recent warm weather, and we will continue to check our network of pheromone traps throughout the autumn.

“We follow up any positive identifications with field visits, actively searching for further signs of adults, or the immature stages and egg masses that would confirm that breeding is taking place.”

The captured BMSB was spotted thanks to the vigilance of an RSPB volunteer and keen entomologist.

The adults of this new invasive pest are very similar in appearance to those of some of our native UK shield bug species, making it difficult to differentiate between them. However, BMSB has a distinctly rectangular head and unique patterns of pale patches on the antennae and across the body.

Any grower or member of the public suspecting they have found a Brown Marmorated Stink Bug should contact Dr Powell via BMSB@emr.ac.uk – attaching a photograph of the insect.

For more news from NIAB EMR visit their website: www.emr.ac.uk/news-centre/

Subscribe now and receive information about our courses and special offers.